Sagada in Mt. Province is known for its cold climate and activities such as trekking, exploring falls & caves, spelunking, and other natural wonders. The town is a budget-friendly destination but pretty inaccessible for those who hate long drives.

There’s something special about this sleepy little town.  If it’s the cooler weather, the town’s pacing or the locals themselves made the difference, I don’t know. It seemed unexplainable how it transported me to a different world upon feeling its vibes. This can be your reason on going there yourself, experience it first-hand to know what I mean. Perhaps it’s the should-be-place as an answer to “Where do broken hearts go?” song in “That Thing Called Tadhana” local movie. 😀 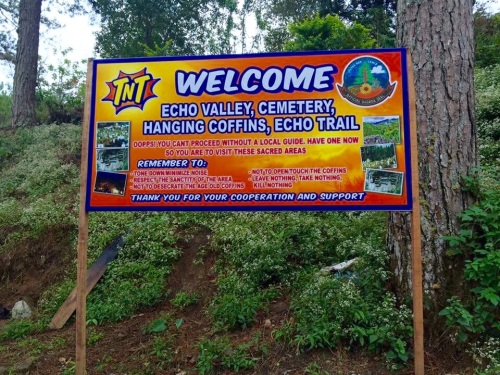 The tour is one of the popular walks in Sagada. You just need to have guide(s) not to lose which way to go in between turns. The tour started at St. Mary’s Episcopal Church’s courtyard. Then upon ascend, we passed by a graveyard – the Mission Compound Graveyard which was a few steps away from the hanging coffins view point. The view point was also the place to shout to hear our own voices’ echoes. Few descending walks and we reached the Hanging Coffins to see up close. (History: By placing the coffin on the side of a cliff, the deceased would be brought closer to heaven or ancestral spirits.) 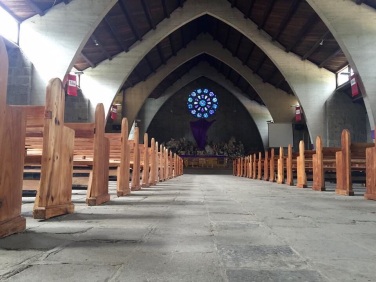 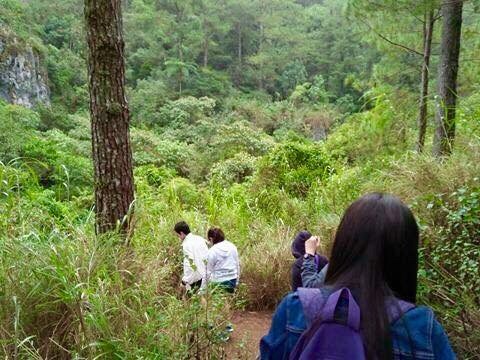 From the hanging coffins, we trekked going deeper into the valley. The trekking could be more fun and appreciated if we had the tour NOT when it’s raining and the ground was actually friendly to walk on. And since it’s the opposite, I just tried to be careful enough not to mess with my balance and found myself covered with dirt after. I actually didn’t slip, thank God! 🙂 Anyway, the trail was actually slippery to death and uneven. It was also narrow that we can only walk one at a time. We reached the Underground River after some more walks or slides by the others. 😀 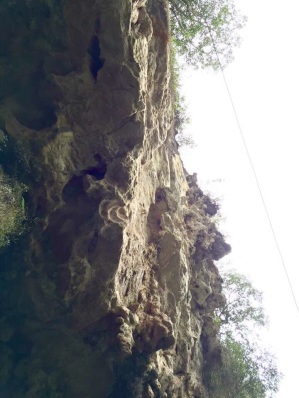 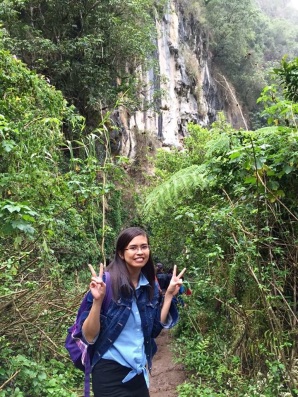 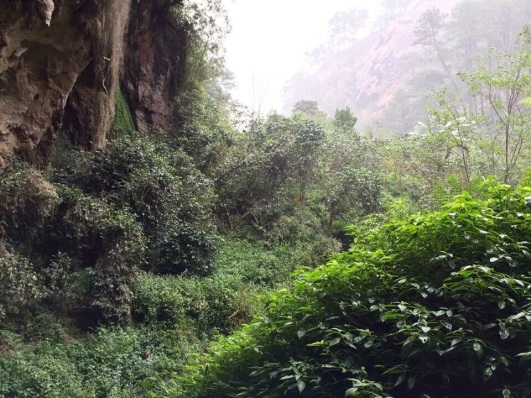 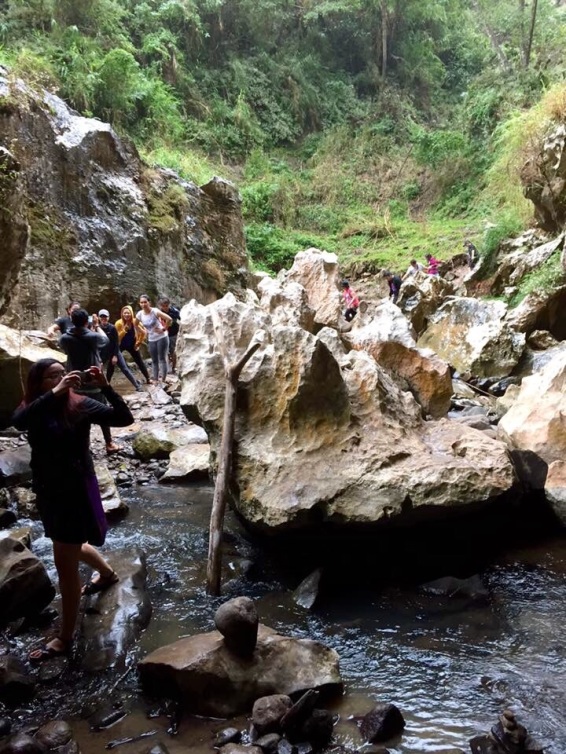 The only way to continue our trek was to pass thru the cave and exit at its opening. It required us to go rock climbing for a while. From here, we still had a long way to go. We passed by a shallow river and spiky wires (alambre) which was climbing over them was the only way to move forward. I got wounded after helping a fellow traveller to pass through it though (not when I was the one passing thru it). Most of the trek going back was ascending; and we finally took a rest after we reached the highway.

It was indeed an exhausting but satisfying one!

Click the following links for more travel guides to Sagada: