Visiting Kansai region wouldn’t be complete without having a sidetrip to Nara in Nara prefecture which occupies the northern part and borders Kyoto prefecture. It is located just less than an hour from Kyoto and Osaka. So why not make the best of your Kansai visit and find out how beautiful this city is?

Nara has been Japan’s first permanent capital established in year 710. However, Buddhist monasteries became powerful and influential that it became a serious threat to the government which made the latter moved the capital to Nagaoka in 784. Today, it housed some of Japan’s oldest and largest temples that are worth to visit, too.

For our (my sis and I) half day visit, we chose to spend our time having a glance of Daibutsu (Great Buddha) in Tōdaiji Temple, a towering temple that’s been the center  of Nara Park; and strolling around this park that lends itself to relax its guests through its fascinating sights and tamed deers.

Constructed in 752, Tōdaiji Temple is one of Japan’s significant temples and a landmark of Nara. The Daibustsuden, Tōdaiji’s main hall is the world’s largest wooden building despite only being 2/3s of the original temple hall’s size that has been reconstructed in 1692. This massive structure is the abode of one of Japan’s largest bronze statues of Buddha which is 15 meters tall. 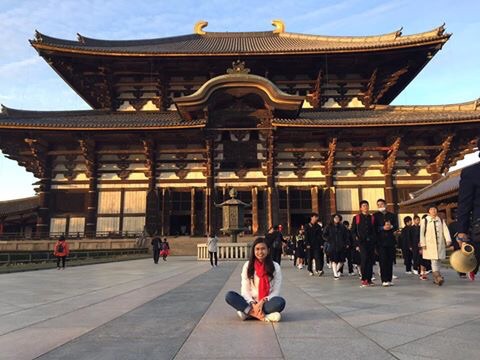 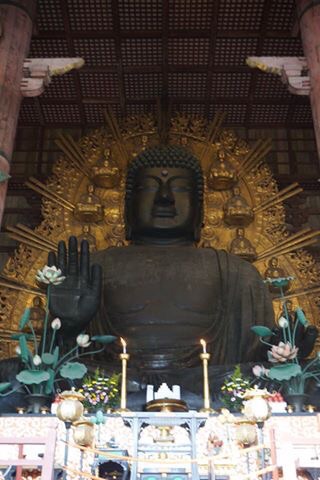 A large wooden gate watched over by two fierce looking statues that can be found along the approach of the large Todaiji Temple is the Nandaimon gate. These guarding statues (representing the Nio Guardian Kings) are designated as national treasures together with the gate itself. 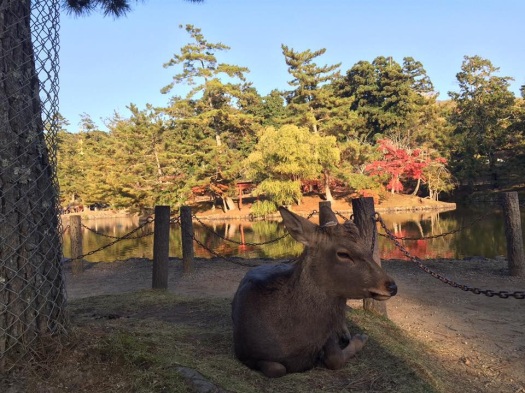 Established in 1880, Nara Koen (Nara Park)  is a large park in central Nara where Nara’s main attractions can be found. Freely roaming deers, considered to be messengers of gods, have considered the park as their home. These deers have become a symbol of the city and been designated as natural treasure. They are astonishingly tame but can be quite aggressive if they see that you will feed them. If you want to feed them, Shika Senbei (deer crackers) can be found around the park and sold at 150 JP yen. 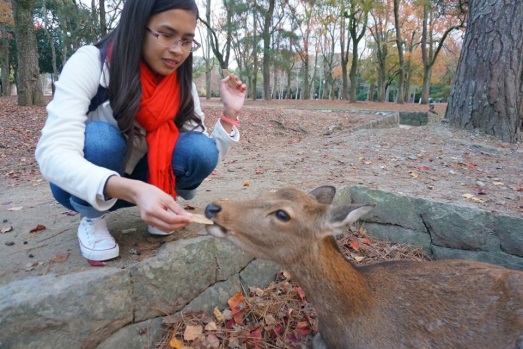 Nara park is easily accessible from the train station. These sightseeing spots enumerated are all walkable. 😀 Since Japan is also known for “best in walking” country, prepare your feet as you enter a so called walkathon area. 🙂