Kyoto has served as Japan’s Imperial capital for 1,074 years. It has been the country’s emperor’s residence from 794 to 1868 that made the city known as the “thousand-year capital”. This beautiful city was destroyed by many wars, fires and earthquakes over the centuries; but due to its historic value, the city was spared from much destruction of World War II by being removed and dropped from the atomic bomb target list since America’s Secretary of War wanted to save this cultural center. (Still being generous, huh?)

Kyoto will bring you wide range of choices of scenic places and tourist spots to choose from. With its 2,000 religious places (1,600 Buddhist temples and 400 Shinto shrines), together with its palaces, architecture preservations and gardens, Kyoto is a place you can’t get enough of and will surely make you come back as soon as you’ll be home from your trip. As for my one-day trip to Kyoto, here is the list for the sites/temples to visit and enjoy. 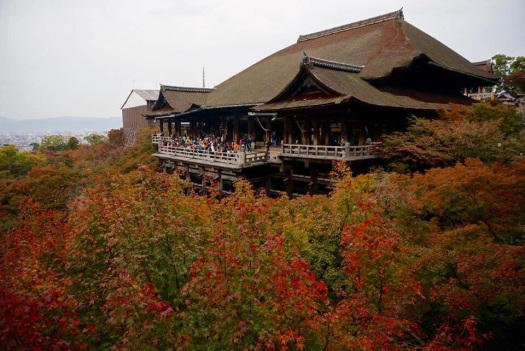 Founded in 778 (even before Kyoto became the capital of Japan) on the site of the Otowa Waterfall, Kiyomizu-dera is one of the most celebrated temples of Japan. Since its foundation, the temple has been burned down many times and most of the current buildings were rebuilt during the early Edo period (1631-1633). The temple has been recognized as UNESCO heritage site in 1994. It is well known as a landscape that represents Kyoto.

Around Kiyomizu-dera stands other temple buildings including a vermillion 3-storied pagoda, huge entrance gates, Zuigudo Hall and a repository for sutras. Also, walking along the steep and busy lanes of Higashiyama District will add up to your Kyoto fun-filled experience. This area provides  shops and restaurants cater tourists and pilgrims for centuries for local specialties, sweets, pickles and set of souvenirs. 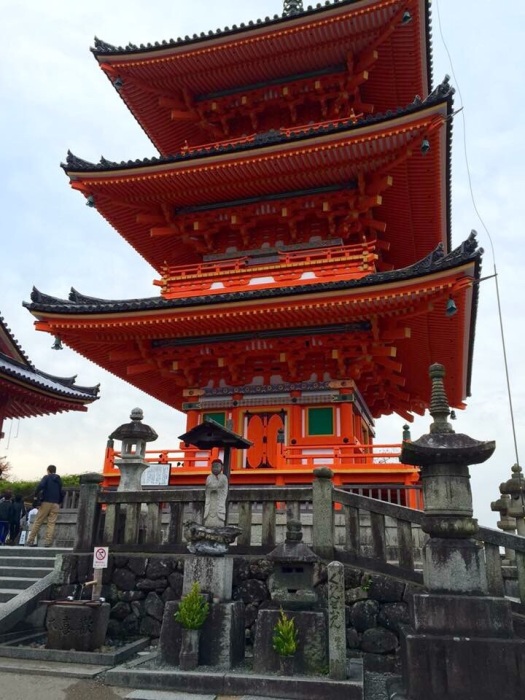 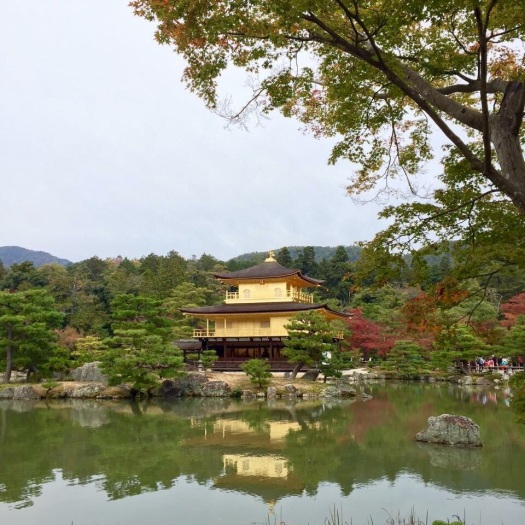 Kinkaku-ji is a Zen temple whose top 2 floors are covered in gold leaf. The temple was formally known as Rokuonji and has been the retirement villa of a shogun (Ashikaga Yoshimitsu). It was built overlooking a large pond that perfectly reflects its facade during a clear weather. Like Kiyomizu-dera, it has been burned numerous times due to the civil war and even from an arson set by a fanatic monk. The present structure was rebuilt in 1955. It was recognized by UNESCO as a World Cultural Heritage and been one of the historical buildings most representative of Japan.

The temple was built to echo the extravagant Kitayama culture that developed in the wealthy aristocratic circles of Kyoto during Yoshimitsu’s time. The 1st floor has been the storage of statues of the Shaka Buddha and Yoshimitsu. The second floor which was completely covered with gold, is where the Kannon Bodhisattva and the Four Heavenly Kings have been protected. These statues inside, however, is not open to the public. 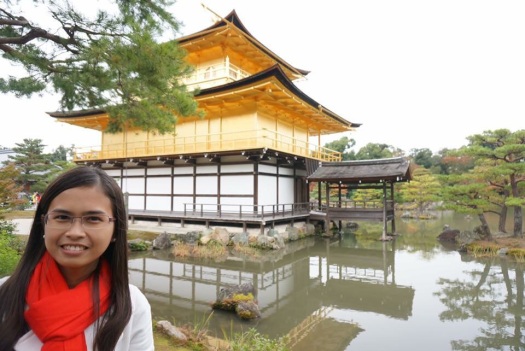 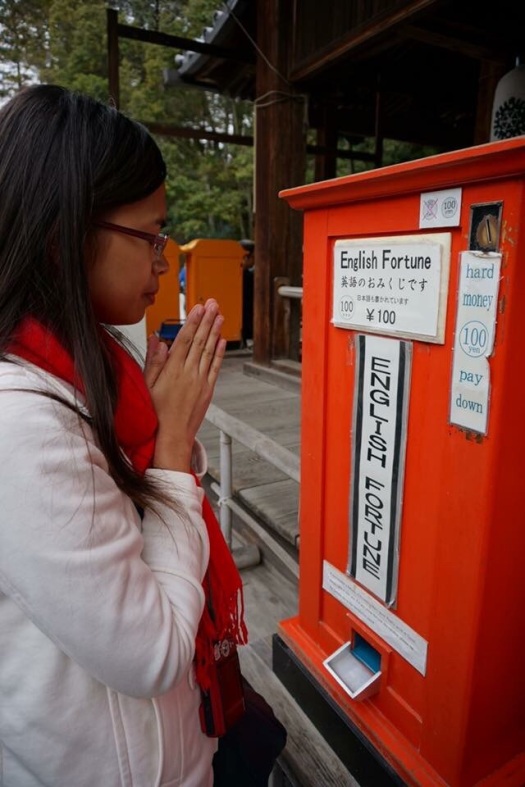 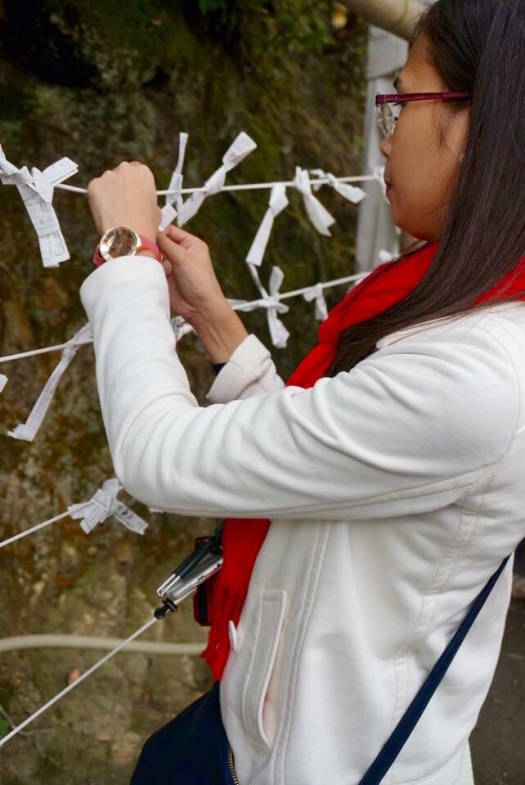 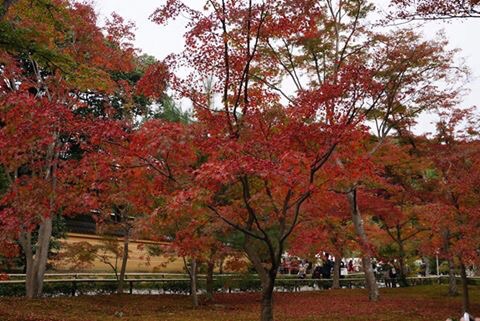 One of the most photographed sights in the city, the bamboo grove in Arashiyama brings you goose bumps as its bamboo stalks are lightly swayed by the wind back and forth. It transports you to a new world beyond imaginable. The magical sensation it delivers to every sightseer is palpable to every picture being photographed. However, still, nothing can best capture its beauty but the naked eye. 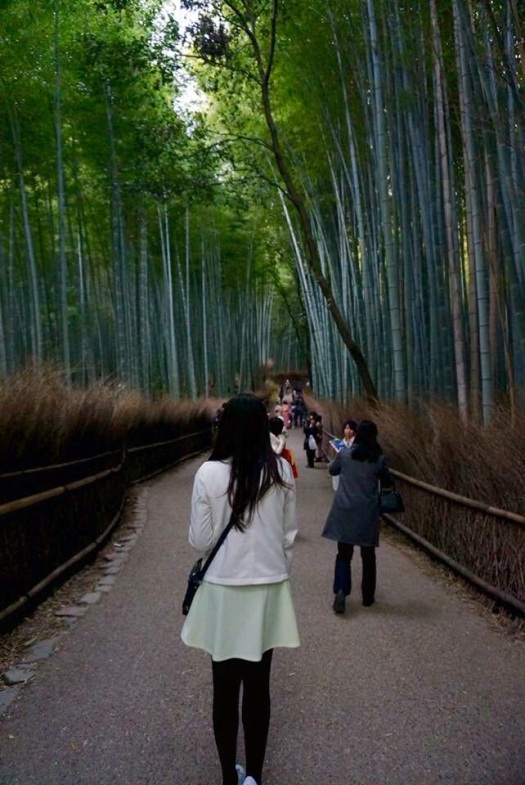 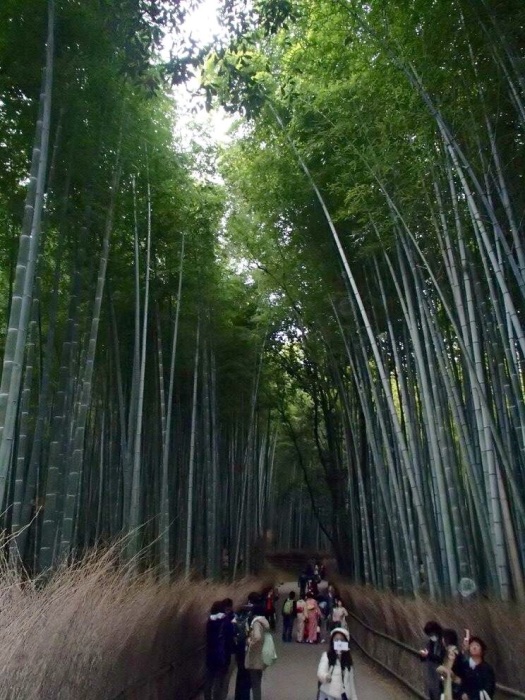 Fushimi Inari is the most important of numerous shrines dedicated to Inari, the Shinto god of rice. It is famous for its thousands of vermillion torii gates. Each of this torii is donated by a Japanese business or individual since Inari was seen as the patron of business and merchants. The shrine sits at the base of a mountain named Inari which measures 233 metere ASL. It includes trails up the mountain to several smaller shines that take approx 2 hrs to walk up. 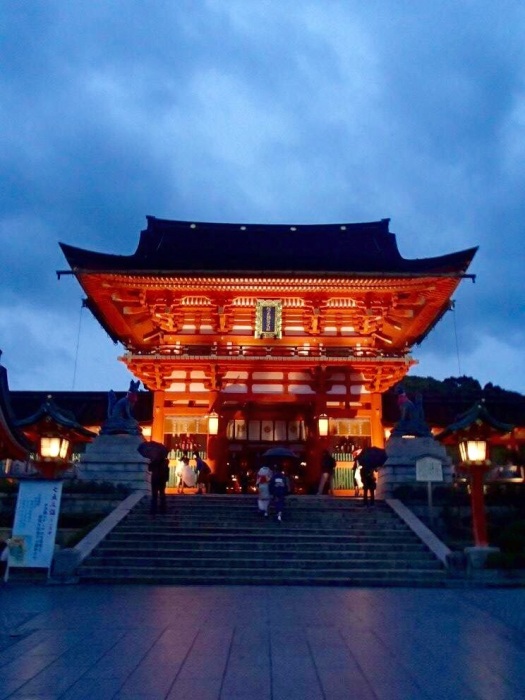 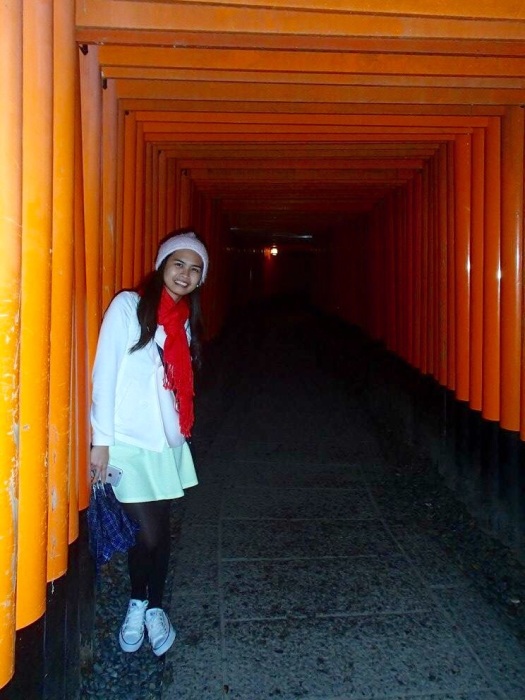 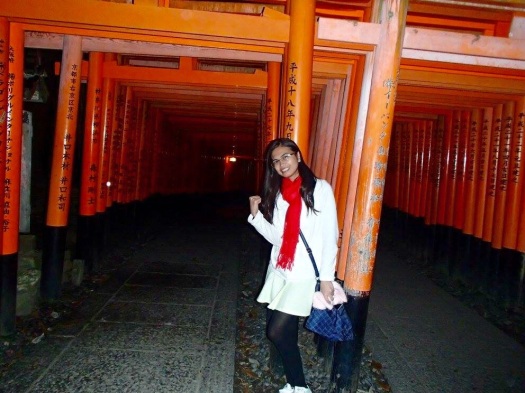 You can get around Kyoto unlimited if you purchase a one-day, all-day pass ticket for Kyoto buses (as long as your destination is within an allocated block by city bus). Priced at 500 JP yen, you can save when you purchase one. Buses for different sightseeing spots can be found across Kyoto station. Just look for the directory in which line number will you wait for the designated bus of your destination choice.